Takashi OKADA has engaged in research of physiological psychology, especially with electrophysiological techniques using animal brain preparations and animal behavior analysis. Focusing on the importance of synaptic transmission by glutamate, which is one of the major transmitters in the central nervous system, we have studied the roles of glutamatergic transmission and regulation in psychological functions from various aspects.
In recent years, we have been particularly focusing on the biological bases of memory such as the elucidation of substances that regulate long-term potentiation of hippocampal synaptic efficacy and their mechanisms, and the regulatory mechanisms for diurnal variation of animal memory task performance. 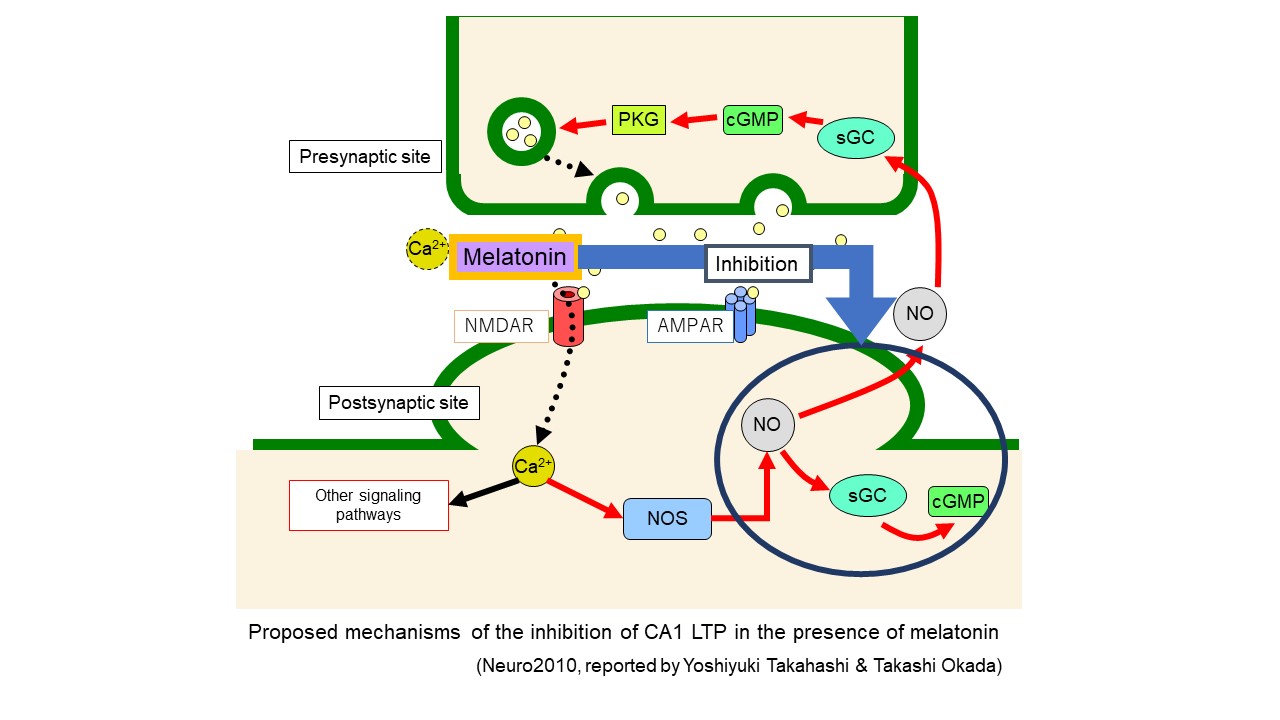