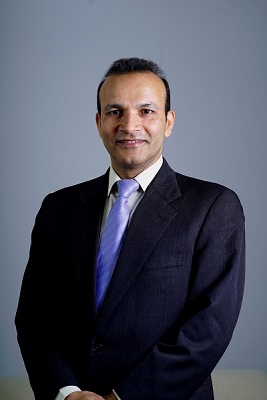 Sophia School Corporation engages in social action while pursuing research and education activities based on its founding philosophy and educational spirit. As a Jesuit educational institution, we have included contributing to solving social issues related to “poverty, environment, education and ethics” that threaten “human dignity” as a guiding principle of our medium- to long-term plan “Grand Layout 2.1”

Sophia School Corporation will further promote its efforts to fulfill its social responsibility in line with global efforts create a better world. To this end, we have decided to build a framework for the active promotion of the four issues that the Society of Jesus will address with priority during the next decade (UAPs: Universal Apostolic Preferences of the Society of Jesus) and the globally pursued SDGs (17 sustainable development goals).

By establishing the Sustainability Promotion Headquarters, we have been able to identify as our achievements, the research and education, as well as social action by each institution of Sophia School Corporation that are relevant to promoting sustainability goals, including the SDGs. Therefore, we are increasingly expected to strongly communicate our efforts to society. At the same time, this has allowed us to monitor progress and organize a reporting line. We are determined to further accelerate the development of campus settings for the promotion of diversity and the achievement of inclusive society.

Thank you for your continued support for the collaborative efforts by students, faculty and staff.

These preferences are consistent with Sophia School Corporation’s promotion of sustainability, as well as with the SDGs. 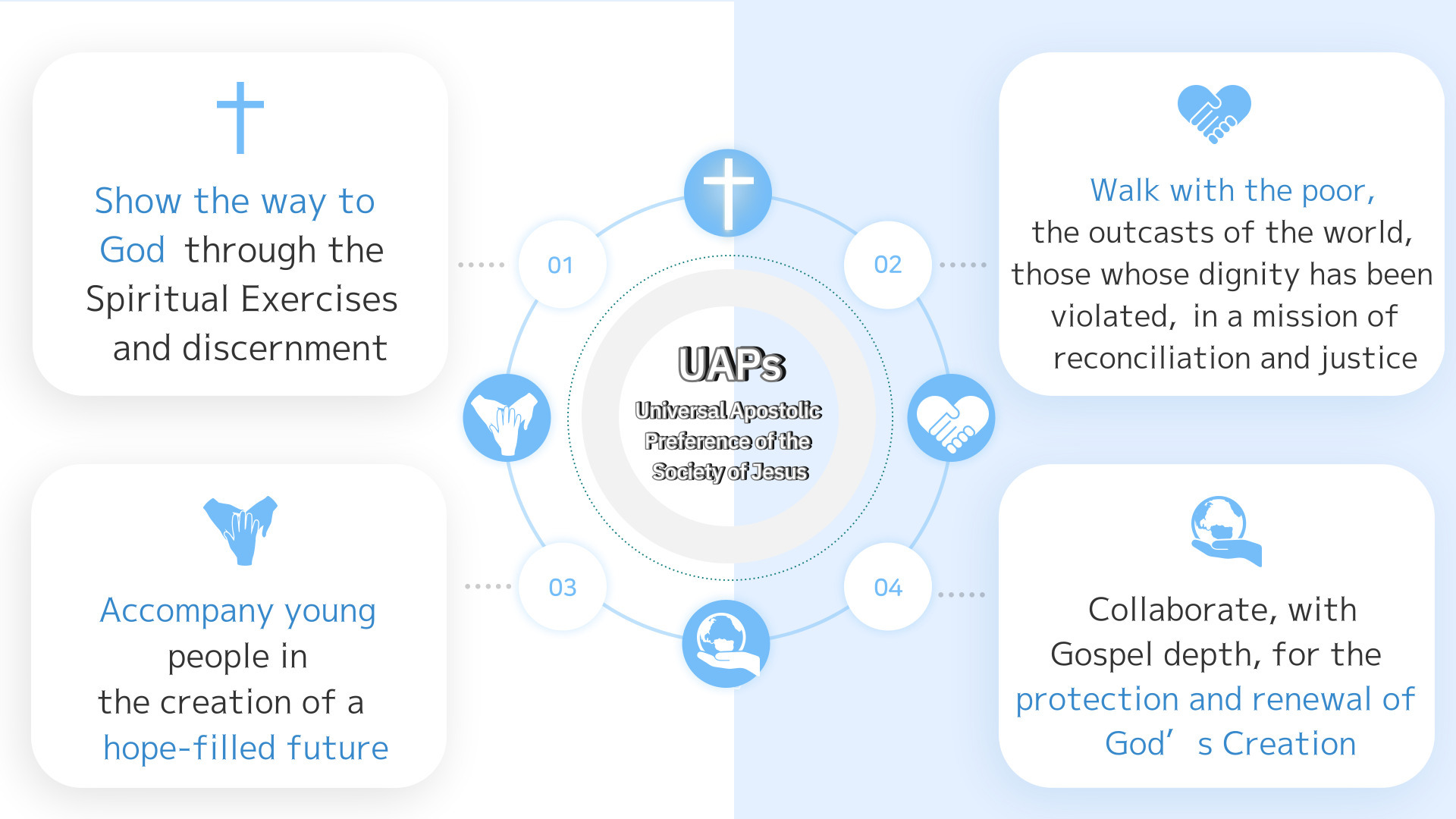 With the concept "To consider our world and the future through U.N activities," various events and Initiatives are held including international symposia, lectures, photo exhibitions and movie shows.

These events and Initiatives are opened to our students as well as to the public and every time we have a large audience of working people and high school students. Since Academic Year 2016, we have put great efforts into holding lectures and symposia on SDGs.

The United Nations Global Compact (hereafter UNGC) was announced by then UN Secretary-General Kofi Annan in an address to the World Economic Forum in 1999, and was officially launched at UN Headquarters in New York City on 26 July 2000. It is an international framework under which business sectors and non-business organizations are expected to take responsible and creative leads for the society toward the sustainable development.

At present more than 13800 entities in 161 countries and regions have signed up for UNGC and conducting the Ten Principles in the areas of human rights, labor, the environment and anti-corruption, and striving after the SDGs.

Sophia University became a signatory member of UNGC in May 2015 and also affiliated with the Global Comact Network Japan (GCNJ), the local area network. Since then Sophia has been jointly hosting a series of symposiums with GCNJ during the UN Weeks in collaboration with the member companies and UN organizations.

Sophia School Corporation signed the United Nation's Principles for Responsible Investment (PRI) in November 2015 in order to implement the principles of UN Global Compact in our investment management practice. PRI's mission is that all investors incorporate ESG issues into investment analysis and decision-making processes for realization of a sustainable society. By signing the PRI, we incorporate ESG issues into our investment policy consistent with Sophia University's founding philosophy. As a school corporation and a responsible asset owner, we are committing to contribution towards the global sustainability issues all of us face through ESG investment.